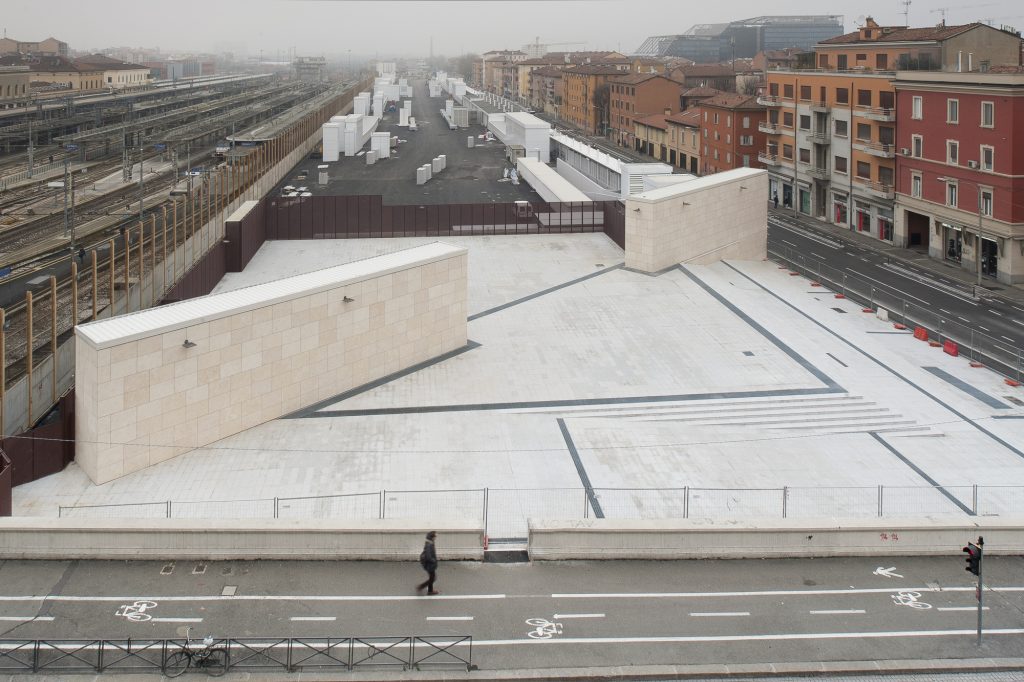 Bologna is holding an international design competition for a Shoah Memorial located in a central site in the city, to be completed by next January. The site is a new square created by a fragment of an unfinished railway station very close to the high-speed train tracks, in the middle of the crossroads between via Carracci and the bridge of via Matteotti.

In order to develop the project Bologna’s Jewish Community and the Union of Italian Jewish Communities launched an international competition last 27th January to celebrate the Holocaust Memorial Day in the seventieth anniversary of the liberation of Auschwitz concentration camp. Financed by the Fondazione del Monte di Bologna e Ravenna to cover the €120,000 cost of the procedure and works, the competition is open to architects, designers and artists all over the world.

The intention is to realise a place to keep the memory of the Shoah alive in brand new part of the city that will be even more a busy crossroads of relationships. For this reason the Shoah Memorial should engage citizens, “inviting them to enter a different dimension, in a journey that moves from the historic drama of this extermination to the contemplation of beauty in the urban landscape: from violence and death to life.”

The competition will be in two phases: the first is a pre-selection of the design concept, with a deadline of 7th April 2015. The second phase will the development of the ideas of the shortlisted projects. The jury, whcih includes the American architect Peter Eisenman as a chairman, Rabbi Felipe Goodman from Temple Beth Sholom in Las Vegas and the director of the MAMbo Museum Gianfranco Maraniello, will judge the works before the 12th june 2015 while the award ceremony will be in Salaborsa in Bologna in September in occasion of the Day of Jewish Culture. The inauguration of the Shoah Memorial is already fixed for “Memorial Day” 2016.

For further information and application details visit the official website of competition.