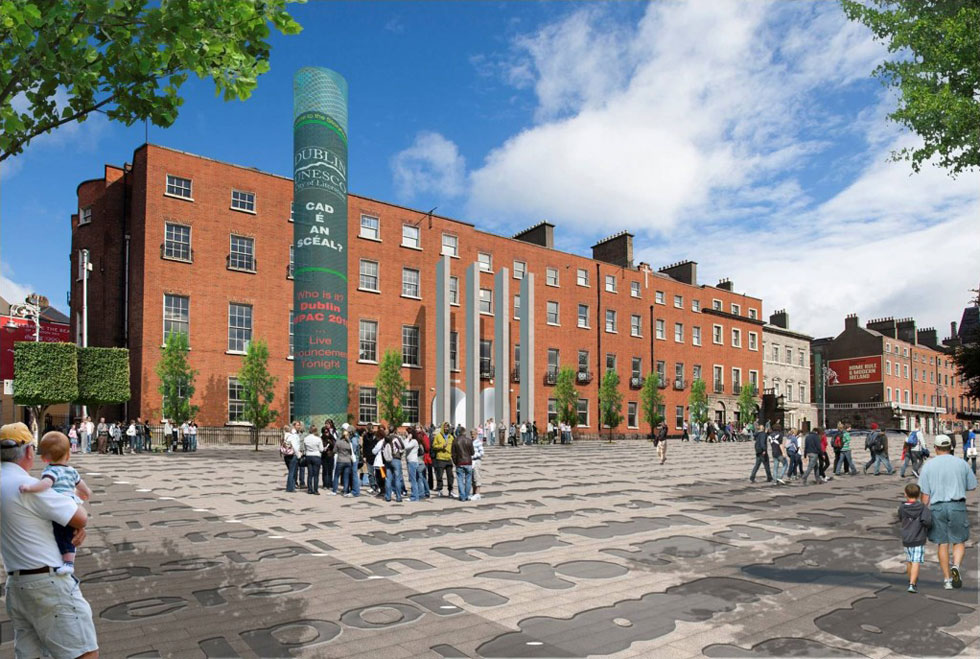 The City of Dublin has launched plans for a new central City Library at Parnell Square. This new 21st century cultural hotspot will help launch the northern part of Dublin’s downtown as a new cultural quarter.

In times of financial crisis it’s hard to find money for new public buildings, particularly in the cultural scene and in a city like Dublin. What’s interesting about this project, initiated by Dublin’s City Architect Ali Grehan, is that it is financially made possible by a group of philanthropists. They will pay to make the plans and have committed to raise funding for the execution of the whole project. Peter Collins is Managing Director at Kennedy Wilson Europe. He represents the group of philanthropists that will pay for the massive building. We spoke to him about the library and asked him about philanthropy in urbanism.

Kennedy Wilson is a property investment company. Why would such a company be interested in spending money on a library?

“First of all we liked the plan. This spot in the city has a huge cultural importance, historical meaning and hosts an interesting mixture of different cultures. A the moment this part of the city, so close to the centre, is not well used and feels a bit unpleasant. Building a new function based on literature, reading and learning can make a real difference to this area and has a symbolic meaning too. It was a rainy and sad day when Ali Grehan (city architect), presented the plans to us. We all stood there with umbrella’s, but we were immediately enthusiastic. We could clearly envision the library playing a leading role in the revitalisation of this part of the city.”

Why is this interesting from your company’s point of view — what’s in it for you?

“Philanthropy is not the same as investing. There’s no revenue for us in this project. We don’t have any property possession in the neighbourhood of the library and we won’t own the library after it’s ready. We are an American company with a small historic Irish connection. In America philanthropy is more developed compared to Europe. It’s common that companies give something back to the community that hosts their success. We chose to establish our European headquarter in Dublin, so we want to give something back to Dublin too.”

Why did you choose for Dublin?

“The reason we established our European headquarters was the huge potential of the young and English speaking population, the good educational system, and the secure position in the European Union. I mean Ireland will most certainly not leave the European Union, while this is less certain for England. Dublin has a huge potential as a young and solid European capital. We’re not only based in Dublin, but we also invested in a lot of property in the city, mostly offices. The choice for Dublin is a long term strategic choice, which means we are looking for a long term relationship with the city. Our involvement in the library project reflects this long term connection.” 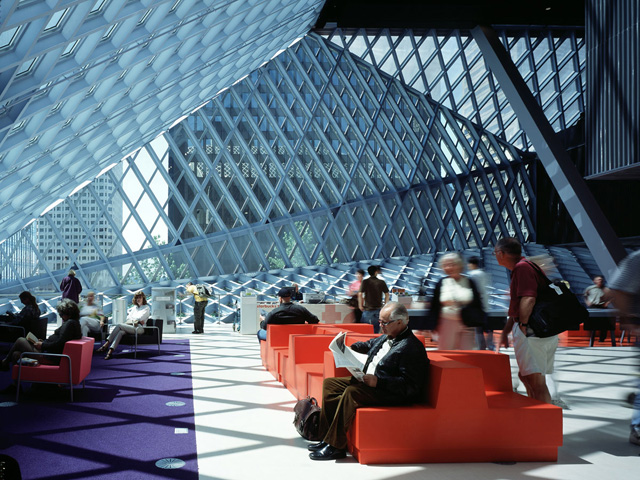 Everybody tries to raise money for cultural projects these days, and that seems to be pretty hard. A library is not some kind of small initiative, but a huge project. Why will you succeed?

“People that have a lot of money are mostly successful people. This means that their time is mostly very limited. The key in successful fundraising is not the money but the time. One needs the attention of those people with limited time. They are generally not interested in small projects like a wall painting or bench in the park, but when it’s something big, they get interested and make time to listen to the plans. Our work is about fundraising. Essentially we are professional fundraisers in the property business, and we have got our network already. Also philanthropy means more than writing a cheque. It’s about dedicating your weekend days and free evenings to the project. Writing a cheque would be charity. Philanthropy is also about commitment and energy.” 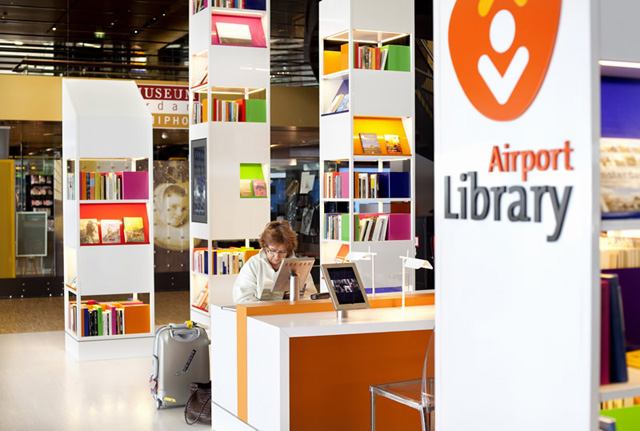 Is a library still an urban function of today, and what do yo think should the future library look like?

“At first sight a library doesn’t sound particularly sexy, that is also what we thought when we first heard about the plans. But when well explained a modern library is about so much more than books. It’s a place to hangout and get access to information, also for people that might not have this access automatically. In this area 50% of the people are of non-Irish origin. A lot of them don’t speak or read English properly — these people can be given access to our society via libraries. The new library should be an interactive space of information and literature, that embeds the traditional library function in a modern context. Literature has always been important for Dublin. It’s the city with the most Nobel prize winners in literature in the world.”