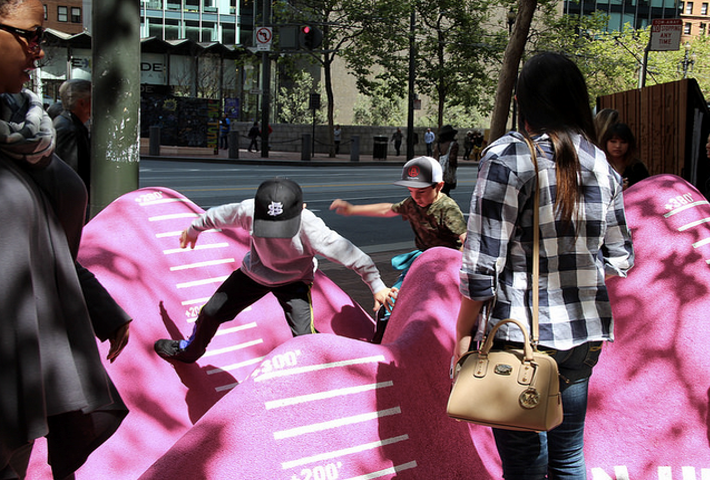 PIVOT Dublin were delighted to have Deborah Cullinan, Chief Executive Officer of Yerba Buena Center for the Arts (YBCA) as Guest Curator of our blog in June 2016. In this post Deborah Cullinan and Neil Hrushowy look at how citizens are central to designing and defining urban life.

In 1847, surveyor Jasper O’Farrell located a new street grid in the center of San Francisco to help accommodate a growing population. This grid became Market Street, the civic spine of our city. At 120 feet wide, it made room for multiple modes of transit and it connected the waterfront to San Francisco’s famous hills; its neighborhoods to its business district; and its growing open spaces and cultural amenities to one another. Perhaps most notably, it boasted remarkably grand sidewalks signaling a vision for vibrant street life that many feel has fallen short. 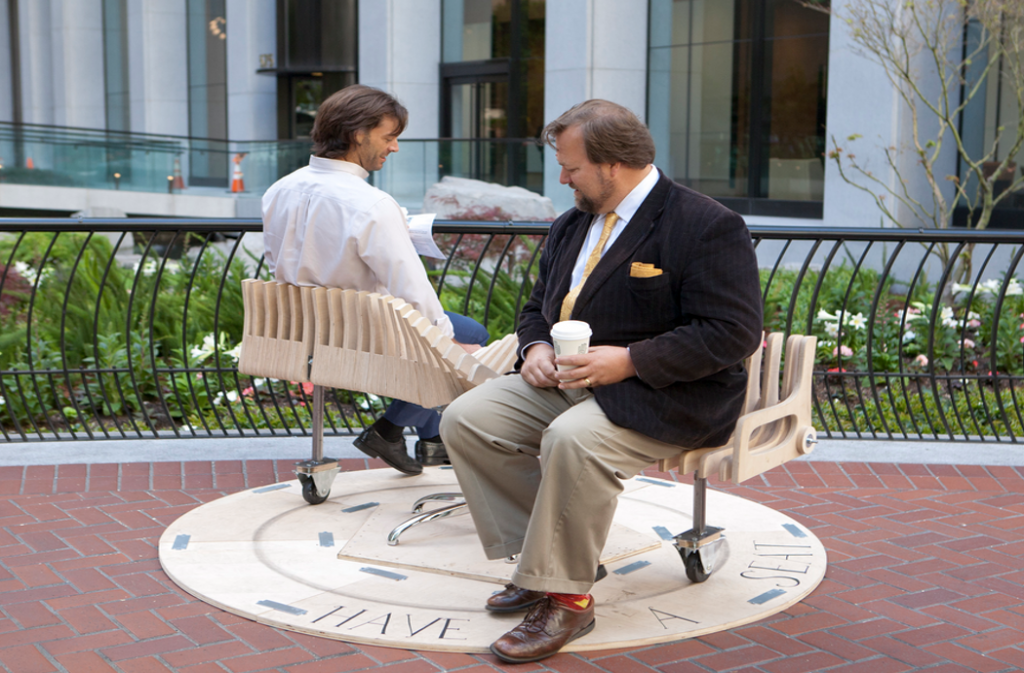 More than 160 years later, Market Street is in the midst of an historic transformation (Better Market Street) with the goal of reimagining and redesigning this grand thoroughfare from the transit systems to the sidewalks. For a street with such promise and so much business and pedestrian activity – an average of a quarter million people walking each day, this is a momentous undertaking and it is critical that the diverse communities of people and organizations that share Market Street are deeply involved in envisioning and enacting a new future for this important urban path. It is a once-in-a-generation opportunity for civic engagement on a massive, public scale; with the potential to affect the way cities around the world undertake urban design projects. 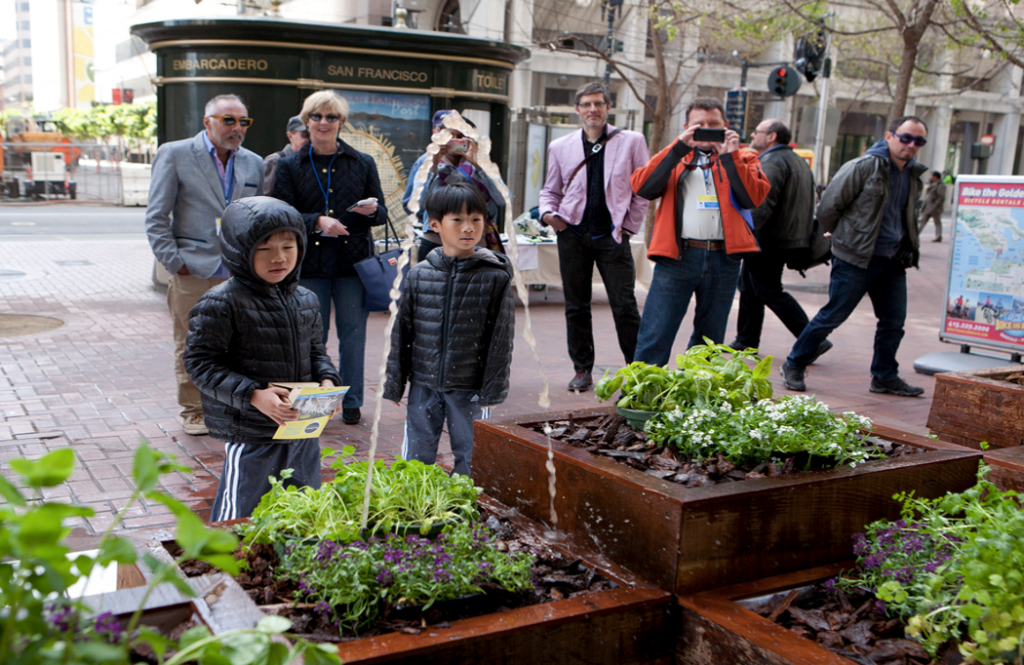 In anticipation, Yerba Buena Center for the Arts and the San Francisco Planning Department formed an unprecedented partnership and launched the Market Street Prototyping Festival (MSPF) – a new platform for civic engagement that provides people the opportunity to contribute their best ideas to our changing public space. Inspired by the 2012 Urban Prototyping Festival led by Gray Area Foundation for the Arts, YBCA and SF Planning forged a partnership in order to instigate a fundamental shift in planning and development processes to engage citizens of all kinds in imagining what our streets and sidewalks can look and feel like.

Through an open call for ideas, MSPF inspires people to think about and share their best thinking around how Market Street can function. In a festival format, hundreds of thousands of people can engage with those ideas in prototype form. This powerful process informs the long-term design and ongoing processes for citizen engagement in large and small-scale urban design projects. 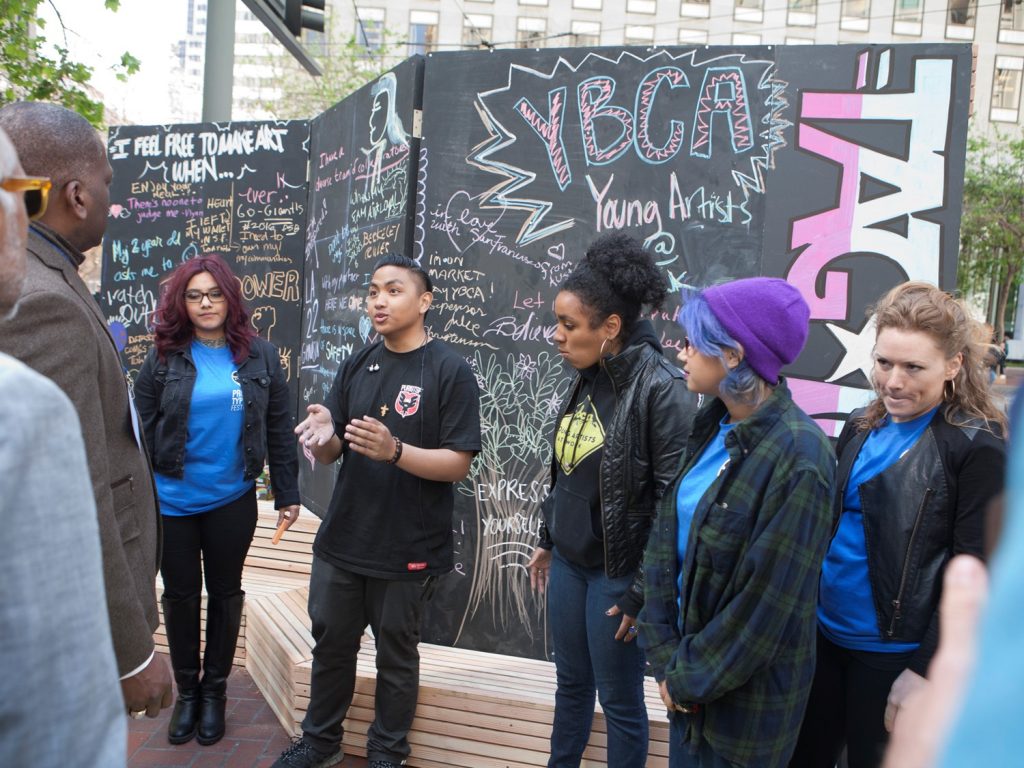 Together, these two seemingly different organizations are able to combine complementary resources and expertise to shift civic design from a top-down proposition to a ground-up, citizen-engaged process. Together, we can build radical partnerships across sector and we can creatively engage people from all walks of life – from designers and urbanists to artists and activists. MSPF offers the unparalleled opportunity to get hundreds of thousands of people actively involved in helping to shape the future of Market Street. Evidenced by changes in policy and process and multiple impressive adaptations of this project around the world, this work is also tangibly ensuring that everyday citizens are central to designing and defining urban life.