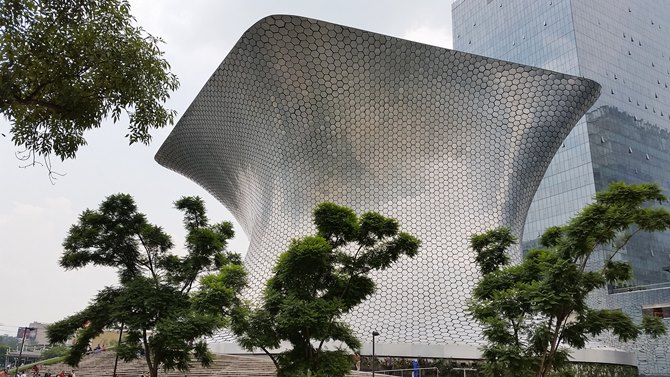 Gwangju (South Korea) 19 October 2015 - At its 29th General Assembly, the International Council of Societies of Industrial Design (Icsid) announced that Mexico City has been designated World Design Capital (WDC) 2018. It is the sixth city – and first city from the Americas – to hold the designation.

Awarded biennially to cities based on their commitment to use design as an effective tool for economic, social, and cultural development, the WDC has become more than just a programme. Today, it is a global movement and serves to acknowledge that design can, and does, impact quality of life. Previous designated cities include Torino (Italy) in 2008, Seoul (South Korea) in 2010, Helsinki (Finland) in 2012 and Cape Town (South Africa) in 2014. Taipei will be World Design Capital 2016.

For Mexico City, the WDC appointment is an opportunity for its vibrant and entrepreneurial design community to build a liveable city, embracing old and new in their plans to showcase innovative design in urban planning. Icsid President and Member of the WDC Selection Committee Professor Mugendi M’Rithaa stated, “Mexico City will serve as a model for other megacities around the world grappling with the challenges of urbanisation and using design thinking to ensure a safer, more liveable city.”

Design Week Mexico, a non-profit organisation that promotes design as an engine of social change, led the bid and plans to focus on the borough of Miguel Hidalog, introducing new health, communications and security programmes, a bike sharing programme, urban gardens, parks and playgrounds. Emilio Cabrera, Director General of Design Week Mexico said, “Our goal is to build a platform for collaboration not only between design disciplines, but also between countries. As WDC, we seek to create a hub of global creative industries that have an impact on their societies.”