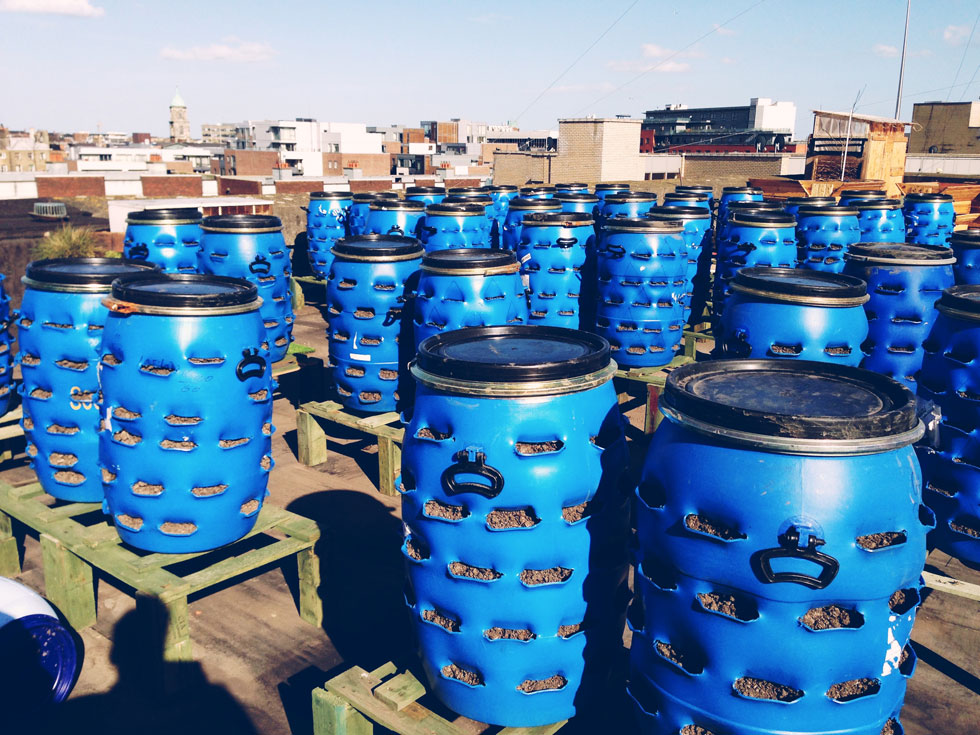 On top of the roof of the Chocolate Factory in Dublin, a remarkable rooftop farm is being planted. Following the example of other great urban rooftop farms around the world, the Chocolate Factory farm is completely modular, made from only recycled materials, and is based on the concept of composting. This way, the small scale farm that looks out over the city of Dublin integrates an entire food system, from waste to food, on one roof.

The Chocolate Factory is located in the old Williams & Woods building, in the Northern Centre part of Dublin. Historically, the famous Toblerone chocolate bars were produced here. After production of the pyramid shaped chocolate moved elsewhere, the building deteriorated and decayed. After years of neglect, the Williams & Woods building — the first concrete building in the city — is being rejuvenated to become a creative hub comprised of spaces for design, art, music, dance, photography and many other creative fields for, spawning the growth of a strong Chocolate Factory community. Along with these workspaces, The Chocolate Factory will house a hostel, a cafe and restaurant, an art gallery and a venue space for events and hire. 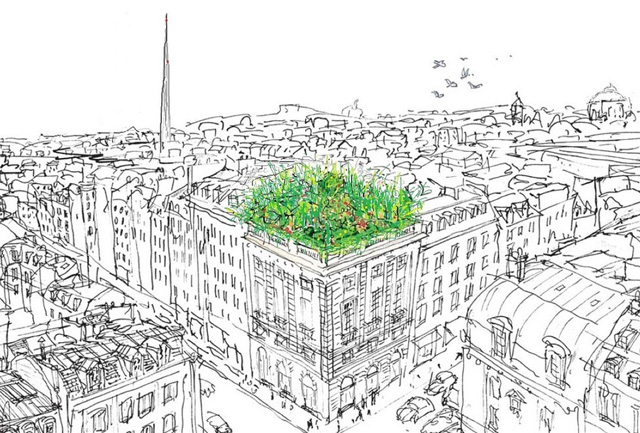 The initiator of The Chocolate Factory’s revitalisation gave us a small tour of the building on our way up to the roof. Currently, the building hosts various creative enterprises that have constructed their own small offices within the shell of the concrete building. All the offices are little pods made by the new residents themselves, and like the roof-top farm above, are made with only recycled materials. All kinds of doors, frames, wood, bricks are foraged for free  and reshaped into large, approximately 20 square meter offices that sit in between the concrete pillars. On the ground floor a bar is under construction, and on the first floor a Buddhist temple has been established. 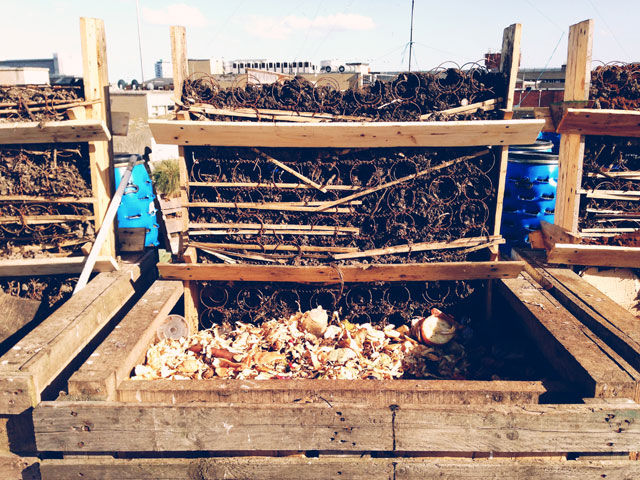 Back on the roof, the farm breathes the vision of the redevelopment of the whole building and is based on re-use of materials and waste. Despite the relatively small size of the roof, the farm feels full and complete, hosting all elements of a classic farm, ranging from old-school chicken coops made from recycled wooden frames, to mushroom beds, composting planters made of re-purposed blue barrels, a beehive and futuristic aquaponic installations. Striped mattresses are set up to create vertical growing units and wooden crates form beds for veggies. 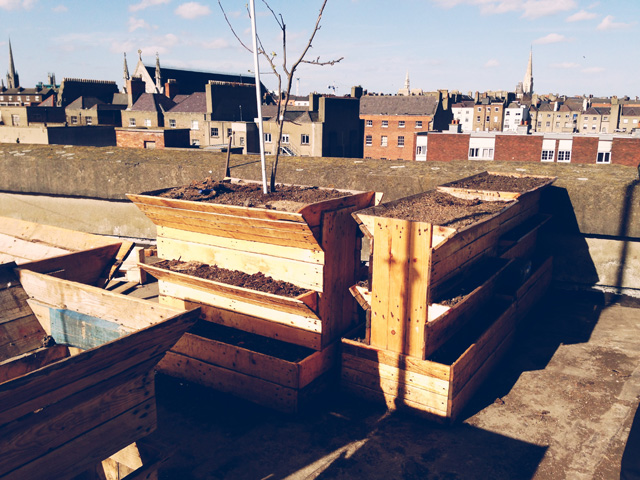 As mentioned above, the Dublin Rooftop Farm is based on the principles of composting. At the moment that we toured the roof, the fruits and vegetables had not yet been planted, but the composting process had already begun. This is done to ensure fertile, locally produced soil for planting later in the spring. Compost on the rooftop is done in collaboration with City Composting Ltd, a new start-up company helping to lower the volume of waste produced, and encouraging the reduction of the city’s carbon footprint. Besides producing and selling the actual produce, the rooftop farm organises workshops and education projects. By inviting people to the roof, they want to make people aware of the huge potential of urban farming that could generate up to 20 percent of Dublin’s food demand, according to the farmer. 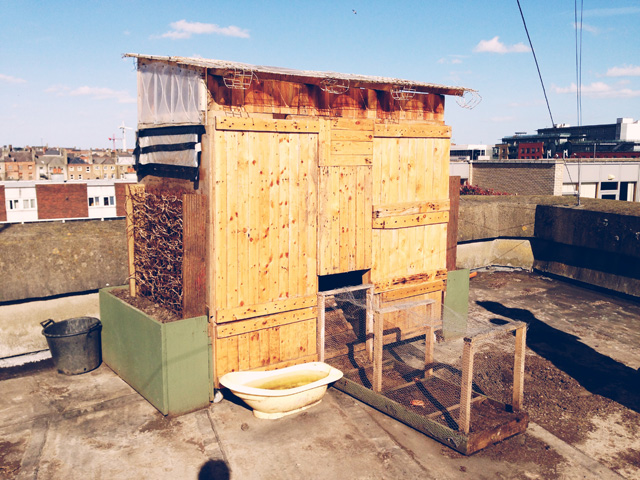