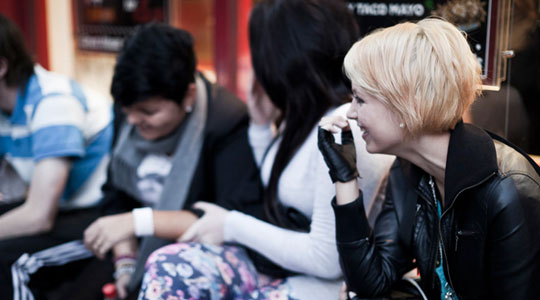 Dublin is a paradox. It’s high and low, pristine and well-worn, playful and intense. Dublin provokes and engages. It’s absurd and serious, shambolic and sharp. It’s divided yet connected by a myriad of walls and fences, barriers that are often the very place for interaction and negotiation. We meet there, rest there, talk there, argue and reconcile there.

Dublin is mountains and sea, swerve of shore and bend of bay. Dublin has history; it has deep roots, constantly refreshed. We are a social city; one that is vibrant, chaotic and quirky. We are a city built on relationships, open to conversation, full of ideas and always ready for debate. We are a creative city, small and nimble, willing to change and always looking for the extraordinary in the everyday. This sense of our own character, of being Dubliners, is what empowers us to reach into the future and create new ways of living. 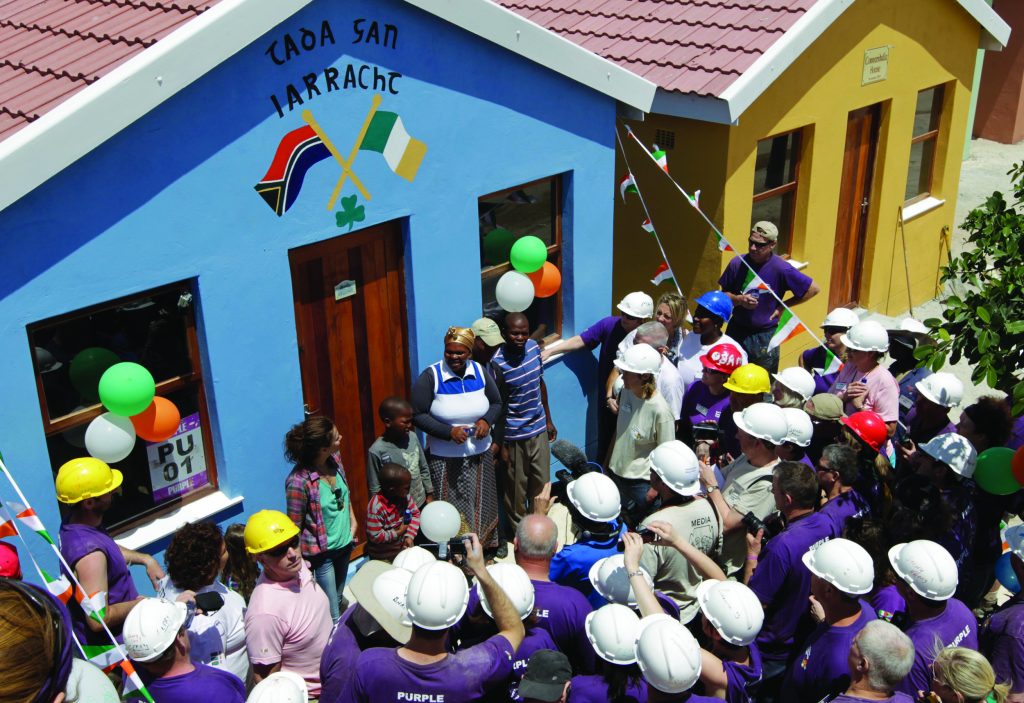 On the world map, Ireland is a small island at the edge of Europe. However, our global reach is nothing short of remarkable. This is down to our diaspora and our diversity. Ireland is a land marked by the ebb and flow of people. We have experienced periods of mass emigration and times where prosperity has encouraged thousands to come here and build a life for themselves and their families.

This change in the city’s population coincided with, and contributed to, Dublin’s rapid economic growth. The world’s citizens have become significant force in the Irish jobs market, from the service industry sector to the forefront of the high technology design sector. Dublin is now emerging as the up and coming “new media” capital of Europe. A multi-lingual Dublin has aided in the decision making process of major multi-national corporations such as Google, Facebook and IBM to locate here. A truly multi-national, multi-lingual and open Dublin has been the single most positive legacy of the boom.

Ireland has a hugely impressive diaspora. There are an estimated 80 million people worldwide that are of Irish origin. At the same time, Dublin is now more diverse then it has ever been. The city is home to people from 188 of the world’s 195 independent states. About 15% of Dublin’s population in 2006 was made up of non-Irish nationals. New communities thriving in the city include: Asian and African communities, alongside those from the recently joined EU states such as; Poland, Lithuania and Slovakia. 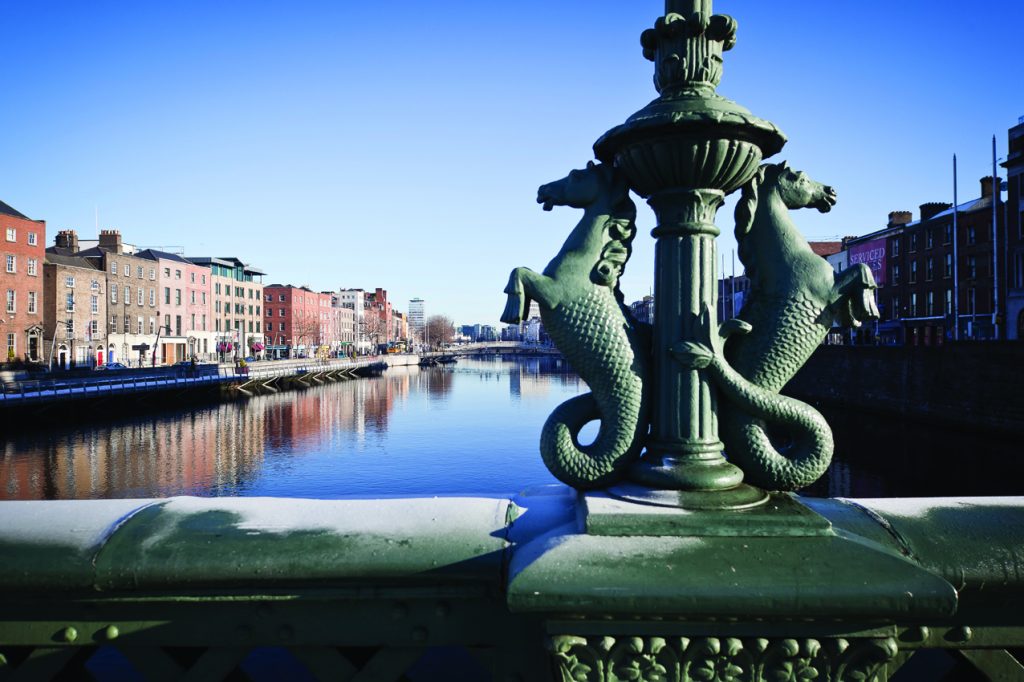 How does Dublin work?

The four local authorities of Dublin City (city core), Fingal, South Dublin and Dún Laoghaire-Rathdown comprise the Dublin City Region. This is the administrative and political capital of Ireland, and home to over a quarter of Ireland’s overall population (April 2009)1. The Region is the economic driver and employment hub of the state; accounting for just under 40% of economic output.

Metropolitan Dublin includes the mid-eastern counties of Meath, Kildare, Wicklow and Dublin with a population of 1.6 million. The “Celtic Tiger” boom years 1991- 2006 saw an unprecedented transformation of its urban and suburban landscape and by 2006, over 30% of all existing homes in the counties of Metropolitan Dublin had been constructed during this boom. 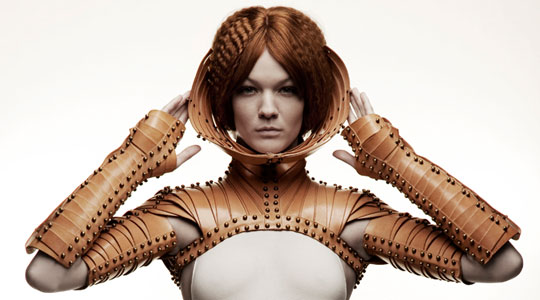 Dublin is productive, young and cultured, Dublin has Dubliners!

Dublin is hard-working and working hard. We are home to 15 of the world’s top 20 medical technologies companies and nine of the ten largest pharmaceutical companies in the world. Seven out of ten blockbuster medicines (medicines generating more than $1 billion) are manufactured here.

Information and communication giants such as Hewlett Packard, Intel and Analog Devices are located in Ireland. They are forging links with indigenous companies such as Powervation, who are providing one of the essential elements of Intel’s microprocessor. Havok’s 3D animation technology is also embedded in Nintendo, Microsoft and Sony games development, and is a core component in Autodesk’s flagship 3D modelling programme 3ds Max.

Dublin also has an internationally recognised financial services centre (IFSC) which employs over 25,000. It was ranked the 13th leading Financial Centre in the world in 2009. Half of the world’s top 50 banks and half the world’s top 20 insurance companies are located here, and Dublin has been ranked in the ‘Top 10 Places in the World to do Business’ by the World Bank. The IFSC was developed to boost financial activity and employment in Dublin but it was also a catalyst for urban regeneration in north inner city Dublin, and was the predecessor to the Dublin Docklands development.

Irish craft is famous around the world for its heritage (which stretches back through medieval to ancient times) and its modernity. Today Irish pottery, glass, ceramics, furniture and textiles are much sought after.

Dublin is a young capital and, with birth rates in Ireland in 2008 at a 113 year high, a veritable baby boom is under way. In 2008, Ireland recorded over 18 births per 1000 people, the highest in Europe. Again in 2009, Ireland had the highest birth rate in Europe and this trend looks set to continue for 2010. Our population is the youngest in Europe. 20.6 per cent of Ireland’s population is aged under 14, the highest proportion in the EU and compared with an EU average of 15.7%. Ireland has the youngest workforce in Europe, with 36% under 25 years of age.

Culture in Dublin is everywhere; it flows like blood through our lifestyle, heritage, arts and people. Whether it is the beauty of the Book of Kells, the voices of the Abbey Theatre, the Sunday stroll through Trinity College, the vibrant arts and music scene in Temple Bar or the craic of a shared pint between friends… all have some cultural significance for the people of the city.

Dublin is steeped in a rich history of literature, music and theatre. Dublin is about storytelling and conversation, putting forth new ideas and challenging them. This is also what design is about. Design is articulating a new way of achieving something, telling a story, then challenging that idea to ensure its advancement, to create conversation. Dublin is a design city, Dublin is irreverent and off the wall and so is design; design is a new way of doing things, an ongoing experimentation that aims to make life better.