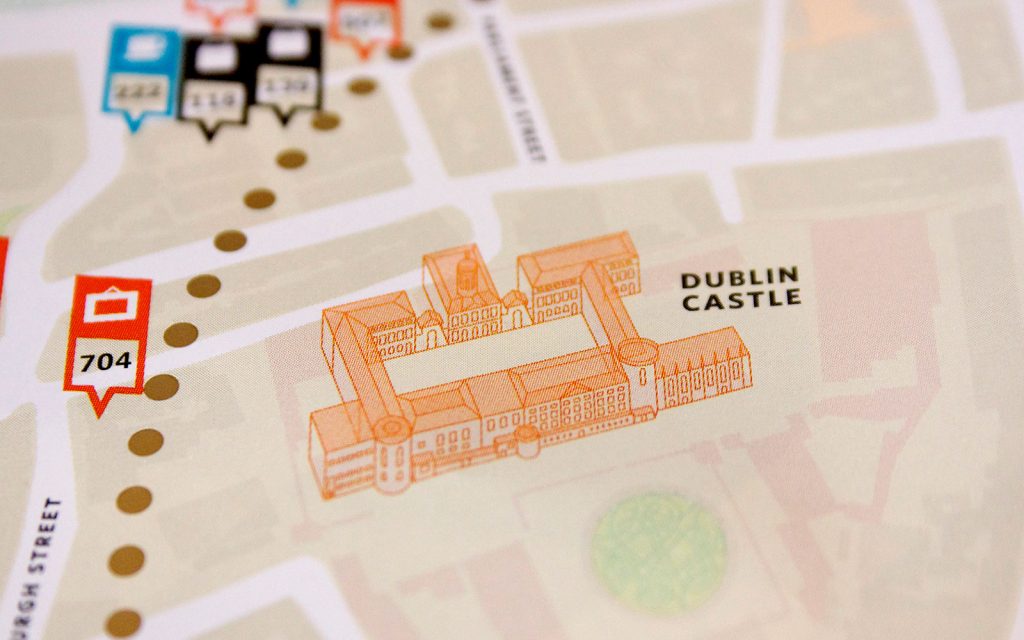 Designed by Conor and David in resplendent hues more golden than Willy Wonka’s ticket and filled with ten times the promise, the map directs you to over 200 places in Dublin where you can shop, sip and see design.

Lord Mayor Naoise O’Muiri, Dublin City Manager John Tierney and City Architect Ali Grehan were joined in City Hall by a small and perfectly formed crew of designers representing design shops and studios. The backdrop, the fantastic PIVOT Dublin exhibition unit (our PIVOT Point) designed by CAST Architecture, which is currently showcasing the map and the 30 PIVOT Dublin bid book covers gathered by Red and Grey when they designed the bid book.

Only 200 places you say?! Go on map.pivotdublin.com and suggest more. We’ll be updating the online version. 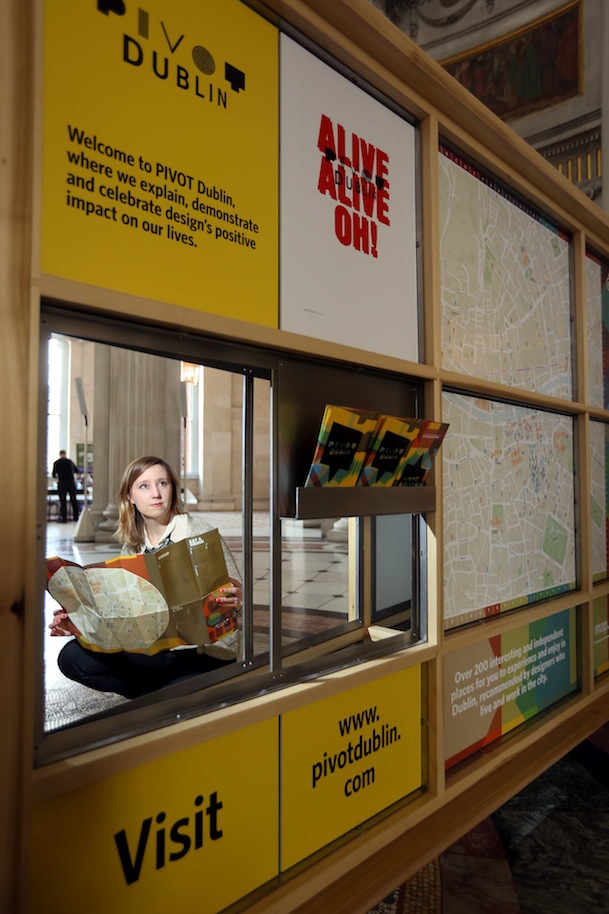 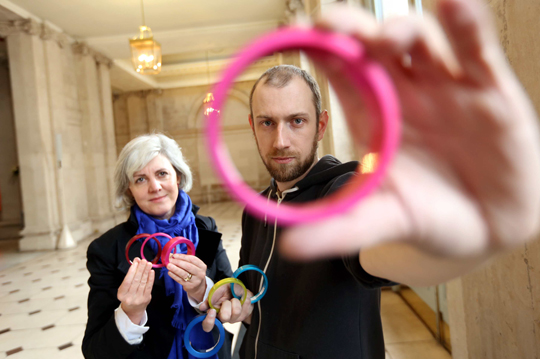 Special big thanks to Lord Mayor Naoise O’Muiri and City Manager John Tierney for reorganising their schedules to mark the project. Also thanks to Brid Maher and Mary Harvey in City Architects for pulling the exhibition and event together and to the Press Office in Dublin City Council for organising publicity. 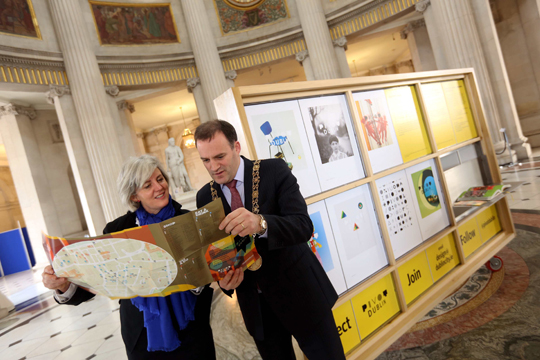