Shake, Rattle and Roll: Can We Change The Dublin Bus Experience For Us As We Age? 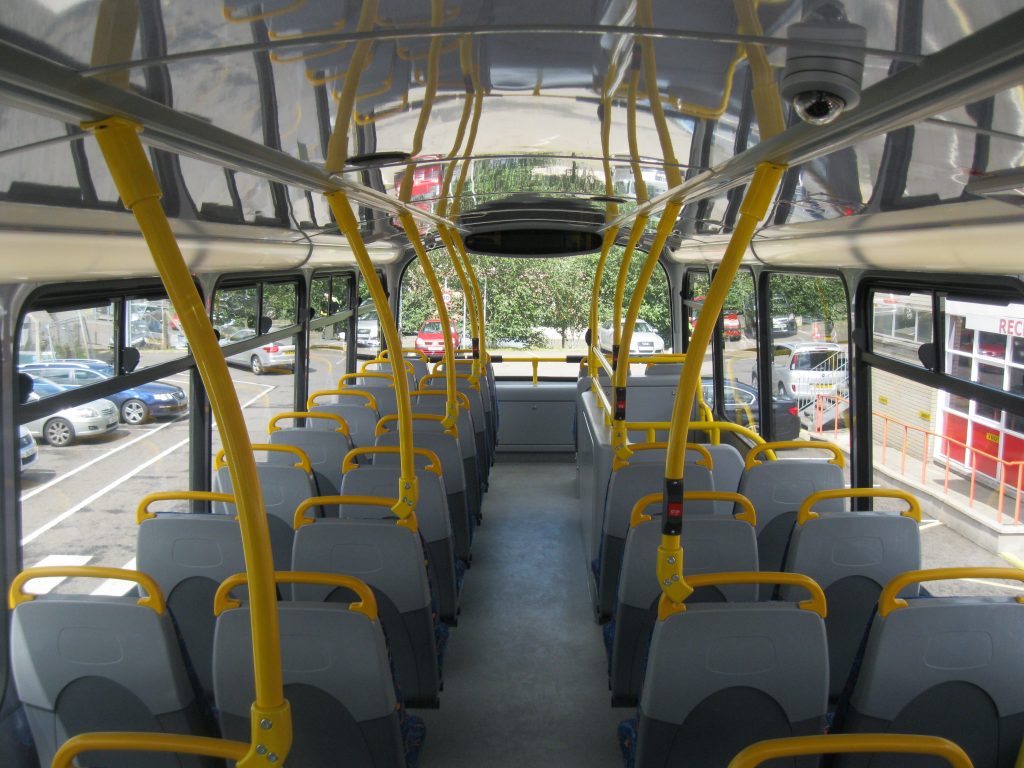 PIVOT Dublin were delighted to have Dr David Robinson and other people in various fields of expertise as Guest Curators of our blog in April 2013. These posts share insights into how we can discover new approaches to meeting the challenges and opportunities that an ageing society brings.

Desmond O’Neill is a professor in medical gerontology at Trinity College Dublin, a consultant physician in geriatric and stroke medicine at Tallaght Hospital, and is a regular columnist with the Irish Times.

Have you recently taken a bus in Dublin?

Slipping on to two in succession last Thursday evening, I was vividly confronted with the highly unstable ride that is a hallmark of urban bus journeys in many cities in the world. Even at the relatively slow speeds of inner-city traffic and also while sitting down, I was deeply conscious of sudden jerking movements of the bus as it accelerated and decelerated, swaying as it turned corners. Getting up in anticipation of my stop had intimations of the sort of task we used to see on the television show, It’s a Knockout: jerking and juddering, judging the transition from seat or pole to another, it was quite a task to keep upright.

If this is how it appears to me as an able-bodied person, what is the prospect it presents to those with frailty or disability? The evidence is not reassuring: one in twelve traffic injuries to older people in Dublin is due to a ‘non-collision bus injury’and studies on Dublin buses indicate G-forces that are above and beyond the levels that are acceptable, as well as an interior design which may increase the risk of injury.

Therefore, despite free public transport, bus usage by older people is dominated by those who are more fit, a dual hazard to social inclusion of older Dubliners: a disincentive to use the buses in the first instance, and a higher risk of injury once on board.

How can this be tackled?

On the positive side, Dublin Bus drivers are to a man/woman a courteous group, and remarkably patient given their stressful workload. However, the system has not incentivized bus design, or protocols of acceleration/deceleration/turning, which would make journeys more comfortable and safe for those with frailty.

Indeed, in many countries the key incentive of maintaining a schedule may be prioritized over a safe ride. The lack of a clear policy on age-friendly bus policy may in turn be a reflection of the fact that those who wield influence in society are less likely to travel on buses, and are consequently both unaware of, and indifferent to, this situation.

It is a world-wide phenomenon that as your income increases, you are correspondingly less likely to use public buses. In addition, unlike most European countries, we do not have an annual national transportation survey which might tease out some of these issues.

Finally, one important issue in growing enthusiasm for Age-Friendly cities is the slowness with which these initiatives have engaged with the knowledge base of gerontology (the sciences of ageing). Hopefully through this blog we will see an emerging recognition that age-friendly cities will work best when they work closely with the increasing evidence of the gerontological sciences. We might also see smoother and safer bus rides through improved policies on design and acceleration/deceleration!