Story of the Bid 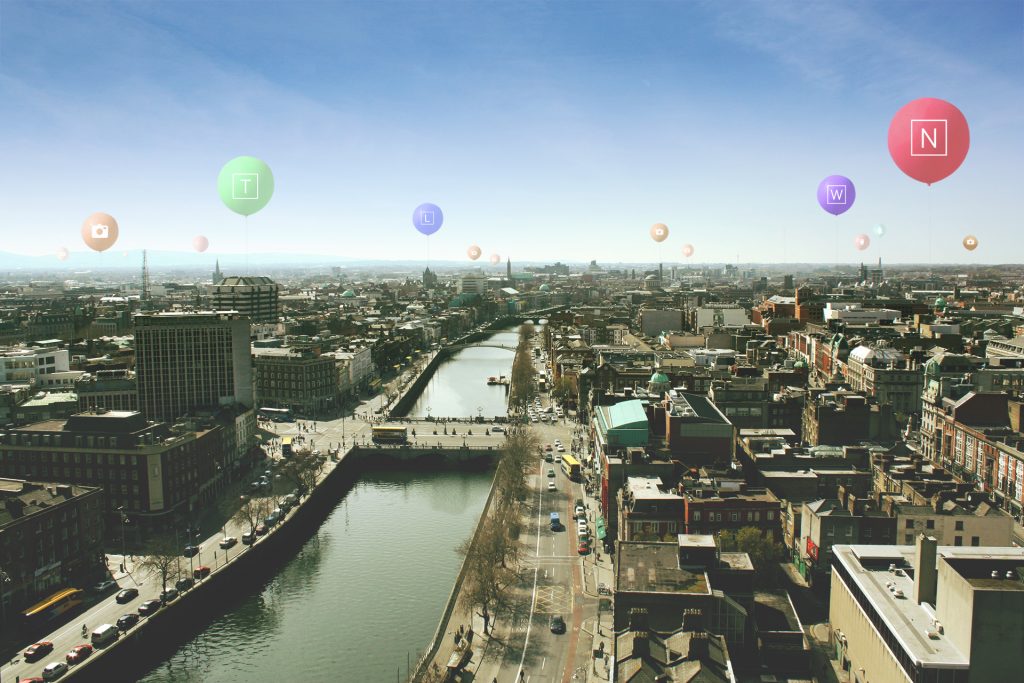 From a Spark to ‘Ignite’: The story of Dublin's World Design Capital 2014 Bid.

On 21st July 2009, the exciting and captivating process that led us to Dublin’s WDC2014 bid started with an Iscid press release announcing that Helsinki and Eindhoven had been short-listed for World Design Capital 2012. That spark of curiosity led to chance conversations and an opportunity to table the idea of a Dublin bid at an IAF (Irish Architecture Foundation) Pecha Kucha night in the Sugar Club later. The idea started to gain momentum.

But Dublin? A design capital? Although a city of many designers and design achievements, Dublin wasn’t known as a ‘Design City’. We soon came to realise that this was an anomaly, given our international profile in animation and gaming; the city’s vibrant graphic design scene; and our internationally renowned architects. Not only is Dublin the birthplace of internationally known businesses with strong design identities (Ryanair, Aer Lingus, Guinness, Jameson) and home to many more; but it is a city where decades of transformative social, cultural and economic design projects have been carried out by Dublin’s own Local Authorities. This is the city where James Joyce located his redesign of the modern novel; where an innovative Local Authority and industry ‘Smart City’ collaboration is working to make our city systems more connected, sustainable and intelligent; and where a clever local initiative to reuse old computers is changing the lives of countless children and adults in Africa. 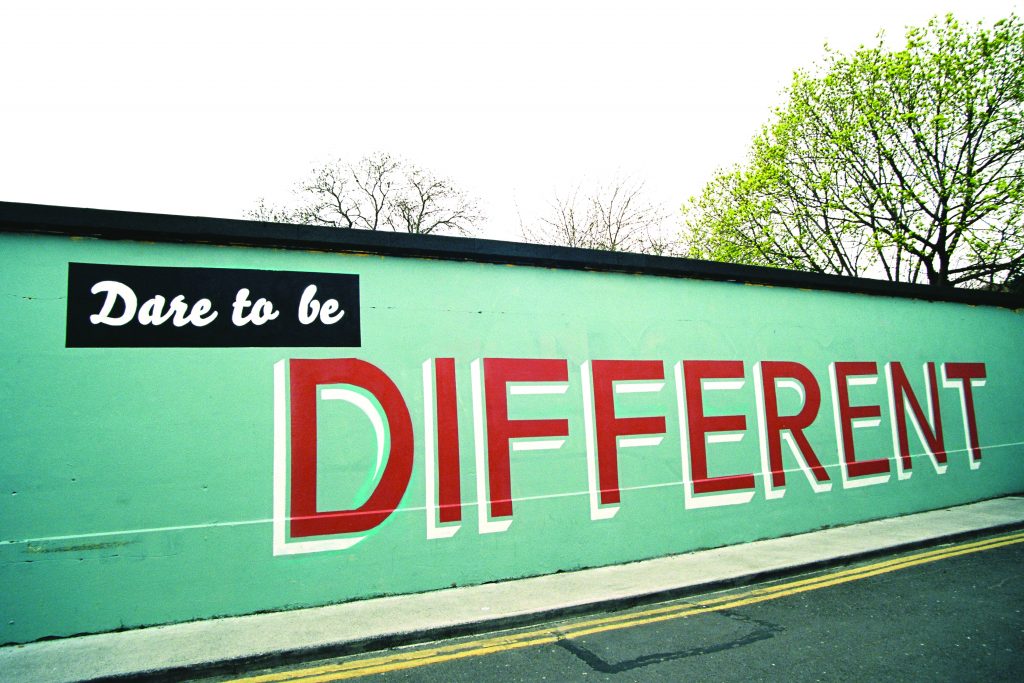 So, we realised that there was a story to tell, but it was one we needed to tell ourselves as well as the world. This bid for World Design Capital designation was an opportunity to do just that. We had 20 meetings over the next two months with designers across all disciplines, as well as representatives from government, education and business. People were enthusiastic (although some wondered if we were ready). Jonathan Legge put it best when we spoke to him in his pop-up Christmas shop on South William Street; he told us that Irish design needs just one push to make it strong, and aWorld Design Capital bid could be that push. John Tierney, the Dublin City Manager and colleagues on the senior management team could see the potential. More encouragement came from Sarah Fortunati in Turin, who told us that World Design Capital 2008 had given Turin a business boost and reaffirmed its status as a distinguished design city.

We met more people, the contact list grew. We gathered a group of project champions to take us to the next stage – Paul Keogh, Alan Mee, Aibhlin McCrann, Elaine McDevitt, Toby Scott, Barry Sheehan and Nathalie Weadick. 100 or so designers came together in Dublin’s Wood Quay Venue on March 22nd 2010 to discuss their hopes and fears for a Dublin bid under the expert guidance of Toby and Aibhlin. It was an intense, animated afternoon of discussion, debate and dissent. This and a brief meeting with EU Commissioner for Research, Innovation and Science, Máire Geoghegan-Quinn informed the final decision. The April 2010 feasibility study ‘Dublin World Design Capital 2014 – The potential for Dublin to mount a bid for the designation’ set out a plan of action, and the “will we?” became “yes, we will.”

We realised that the bid process would create a clear and compelling statement about Irish design capacity. The bid document – this document -would set out a plan of action for design initiatives and articulate the role Irish designers could play in meeting fundamental challenges presented by a society, which has found itself at such a pivotal point.

And we were in to win.

The project became more structured – we had a plan, targets, and the support of key politicians, designers, the Design Bodies and the Department of Environment, Heritage and Local Government (DEHLG), who were helping to fund the bid process. The next step was to shape the bid, to tease out and reveal our theme. The project grew to include all the Dublin Local Authorities. With the support of County Managers David O’Connor, Joe Horan and Owen Keegan, and County Architects Marguerite Murphy, Eddie Conroy and Andree Dargan, we hosted workshops across Dublin, from Civic Offices to Denis Byrne and Maggie Moran’s tiny Darc Space. We looked for fresh eyes and new voices. Kate Cronin, a young designer in Ballymun’s Rediscovery Centre, suggested that Sam Russell (who, as part of Design Without Borders, created an affordable life jacket that has changed the lives of Ugandan fishermen) might be just the person to help.

Now For The Hard Work

The bid process had seen highs and lows, steady progress and bursts of frenetic activity but the bid team’s appointment saw the project enter its most intensive phase. Stefano Mirti in Turin and Helmut Langer in Germany helped focus our minds on ‘what matters’ about Dublin. Once again, we called on people’s generosity. Many people across the Local Authorities, business and the design community met the team, submitted material, suggested project collaborations, and wrote letters of support. Evelyn and Chris Hanlon, Jen Kelly and Noel Comer welcomed us into their homes to film our bid ‘conversations’. An advisory panel of people passionate about Dublin’s potential to deliver a great bid reviewed the team’s output – Toby, Lisa, Aibhlin, Elizabeth Hatz, Ré Dhubthaigh, Damini Kumar, Aisling Prior, Jean Byrne, Vannesa Ahuactzin and Wayne Hemingway. The creativity, energy and commitment of the bid creative team and coordination group have been extraordinary with a special word of thanks due to Owen O’Doherty and Mary Harvey.

All this happened against a backdrop of unprecedented political and economic upheaval. At the time of writing, the aftermath of the General Election on the 25th February, we are awaiting the formation of a new Government and will be seeking this new Government’s support. We will have that support because we’ve prepared the ground. That level of preparation, of dedication, underpins everything we have done to create this bid, and everything we want to achieve as Dublin’s World Design Capital 2014.

From our proposed opening gala ‘Ignite’, PIVOT Dublin will turn design on its head in 2014. And all this will happen from one spark… 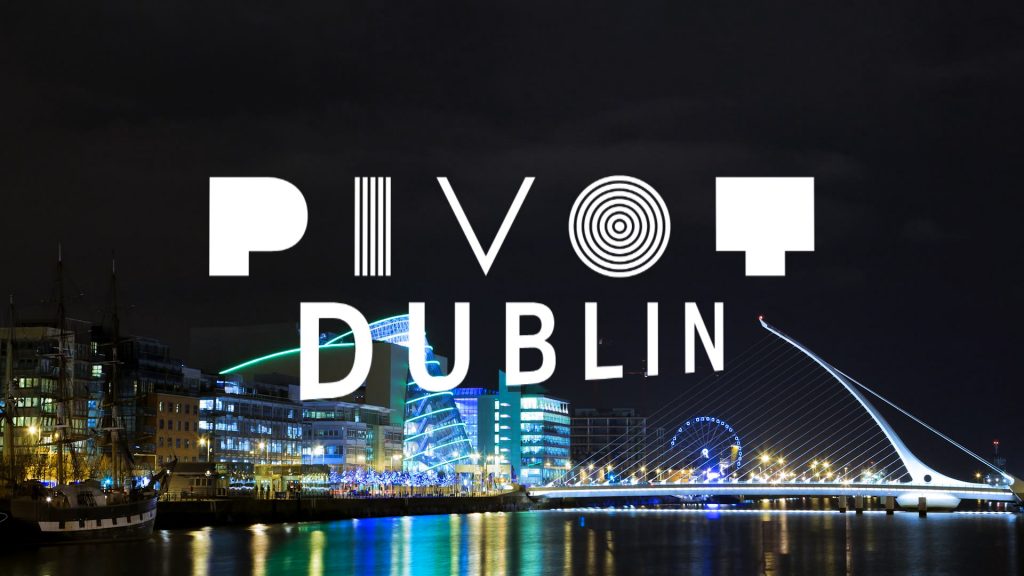 The World Design Capital® (WDC) designation is a city promotion project that celebrates the accomplishments of cities that have used design as a tool to reinvent themselves and improve social, cultural and economic life. A competition to award the designation is held biennially by the International Council of Societies of Industrial Design (Icsid).

The designation is a recent initiative.  The inaugural World Design Capital was Turin in 2008, Seoul was the 2010 capital and Helsinki is the current 2012 World Design Capital. The winning city hosts a programme of events over the course of the year.

Dublin’s bid was short listed to the final three out of 56 cities with the 2014 designation awarded to Cape Town. This distinguished performance in a prestigious international competition has enhanced Dublin’s reputation as a city rich in design resources across all disciplines; from architecture, product, fashion and graphic design to animation, film, gaming and interaction design.

The lasting value of the project lies in the process, which involved engagement across business, political and social enterprise sectors as well as the wide range of design industries. A consistent story emerged from this process regarding challenges and opportunities of the city region and the design resources available to meet them. Notable opportunities are; advancement in computer software, communications and content; improvement of the quality of the city’s urban environment and infrastructure; developing our reputation as a design destination and communicating the value of design to the end user.

Who Was Behind The Bid?

WDC 2014: How the Public Programme was Developed