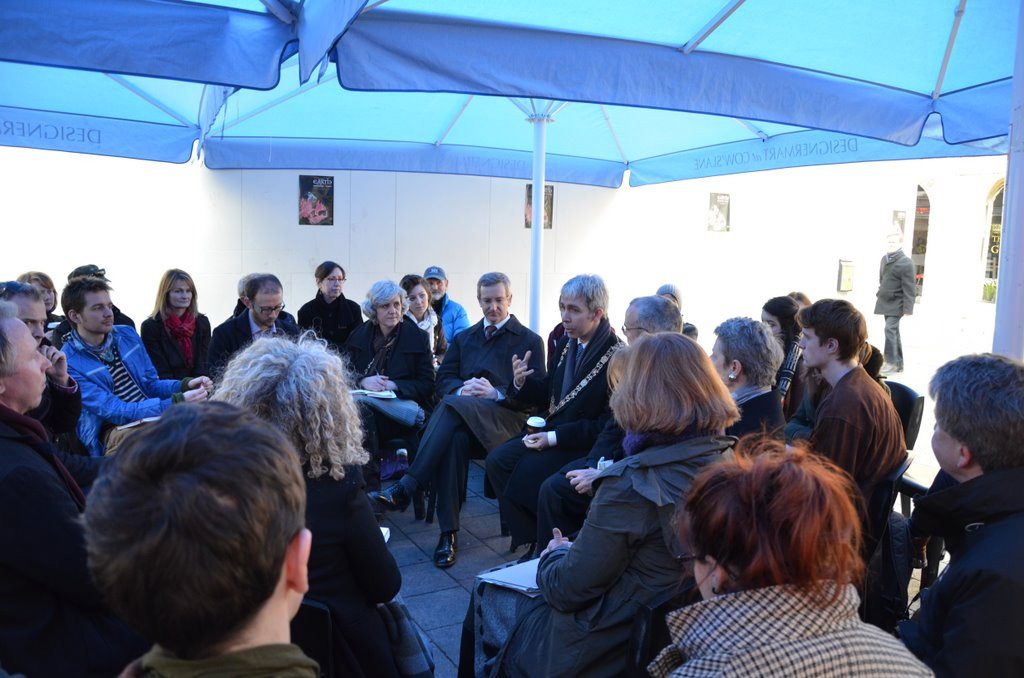 PIVOT Dublin aims to promote design as a driver of innovation and to communicate, demonstrate and celebrate design’s role in Dublin’s social, cultural and economic development.

PIVOT Dublin originally started out as Dublin’s bid to be designated World Design Capital 2014 and this involved putting together a comprehensive survey of the creative design work going on the city today. An exciting exibition ReThink + ReAct showcases the exciting creative work which gathered around the bid and from 1st to 8th March is a discussion space about design and the future of our city.

ReThink+ReAct was opened by the Lord Mayor of Dublin Andrew Montague Friday 2nd March with the Guest of Honour Finnish Ambassador Pertti Majanen.

During the exhibition there are a number of interesting and free events:

A film screening for kids on Sunday the 4th March at 2.00pm including The Secret of Kells and Lost and Found.

Daily lunchtime discussions at 1pm which will pick apart the opportunities and challenges in Dublin in which design can play a role. They’ll be chaired in turn by Aibhlin McCrann, Nathalie Weadick, Alan Mee, Ré Dubhthaigh and Ray Yeates and will include guest speakers from every walk of life:

For more information on any event, email design@dublincity.ie