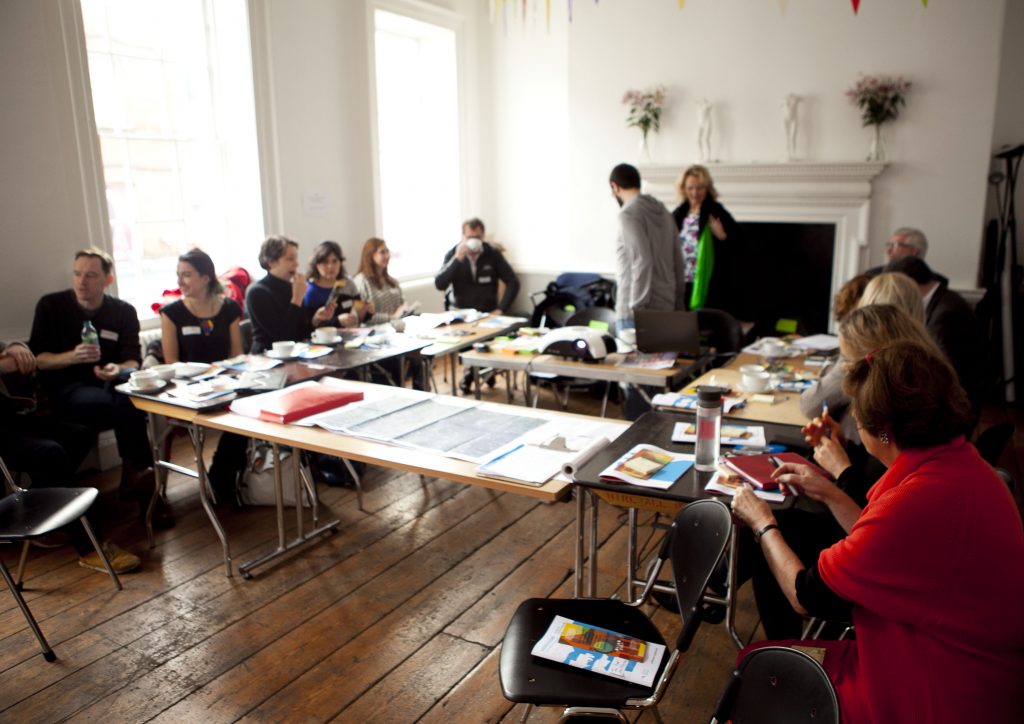 The Hidden Room venue was Outhouse LGBT Community Resource Centre 105 Capel Street Dublin 1. A community and resource centre for Lesbian, Gay, Bisexual & Transgender (LGBT) people and their families. It is based in a community-owned and restored Georgian building in the heart of Dublin City.

The guest speaker was Lorna Ross, the discussion was chaired by Angela Brady, and the DCC client was Peter Finnegan. A full list of participants is below.

The north inner city of Dublin is potentially one of the most attractive parts of the city, yet it suffers from high levels of deprivation in areas. It has recently attracted people from different ethnic communities for business and residential purposes who have injected a new energy and vitality into the area. Can the social and cultural diversity of the north inner city be harnessed in a manner that creates an example of how interculturalism can drive the economic and social development of an area? How can the positive impacts that these immigrants and ‘new Irish’ bring be harnessed to improve the lives of all inhabitants in this area? 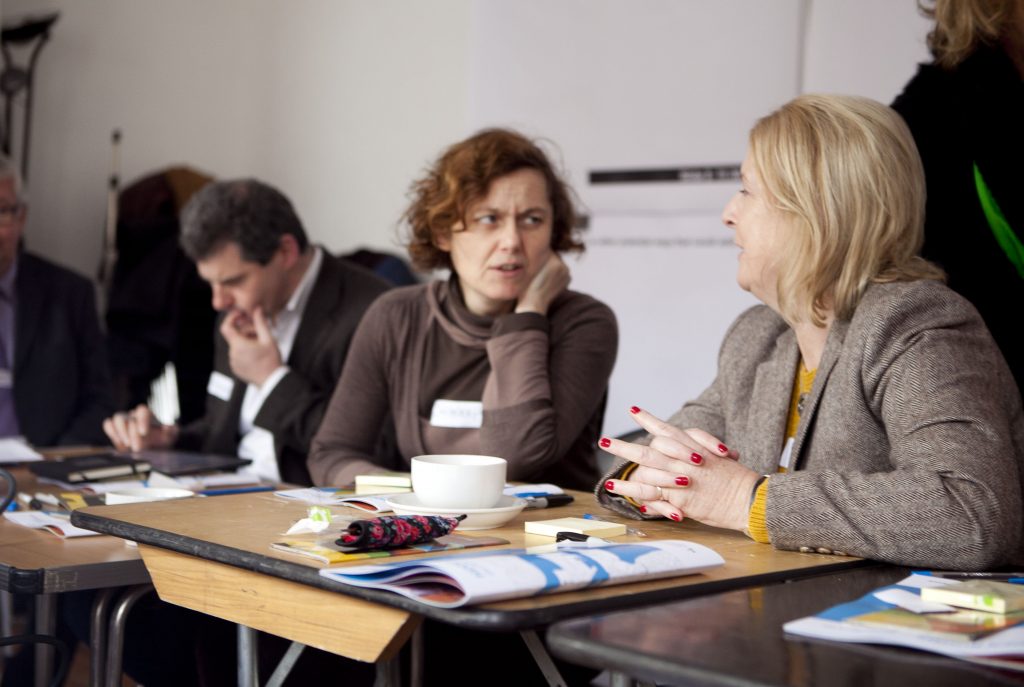 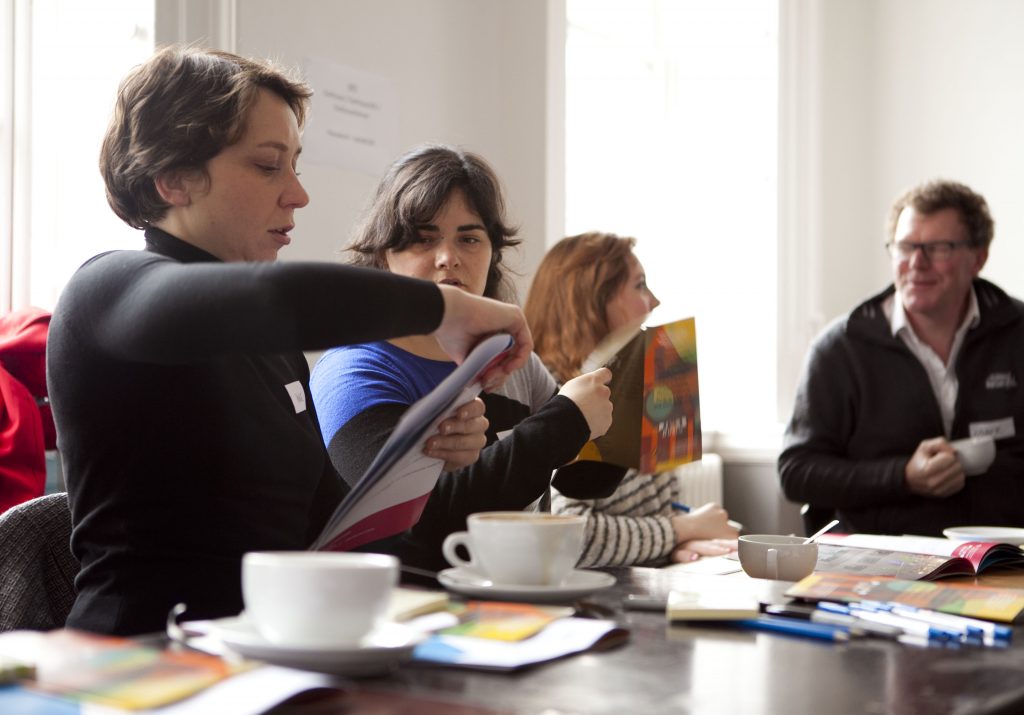 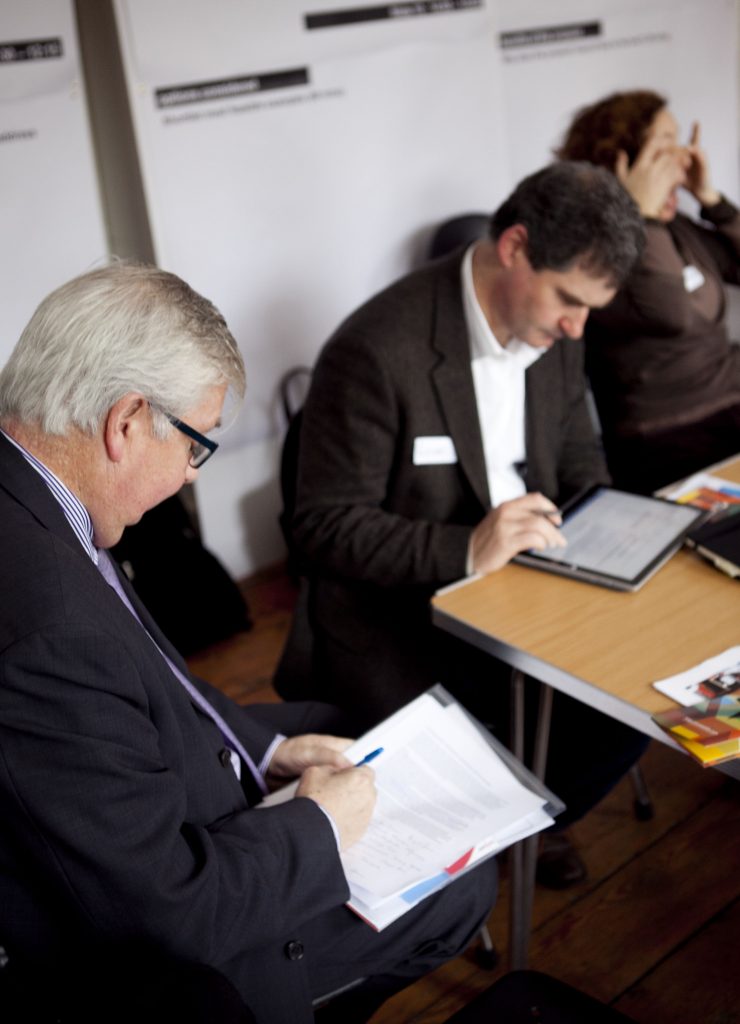 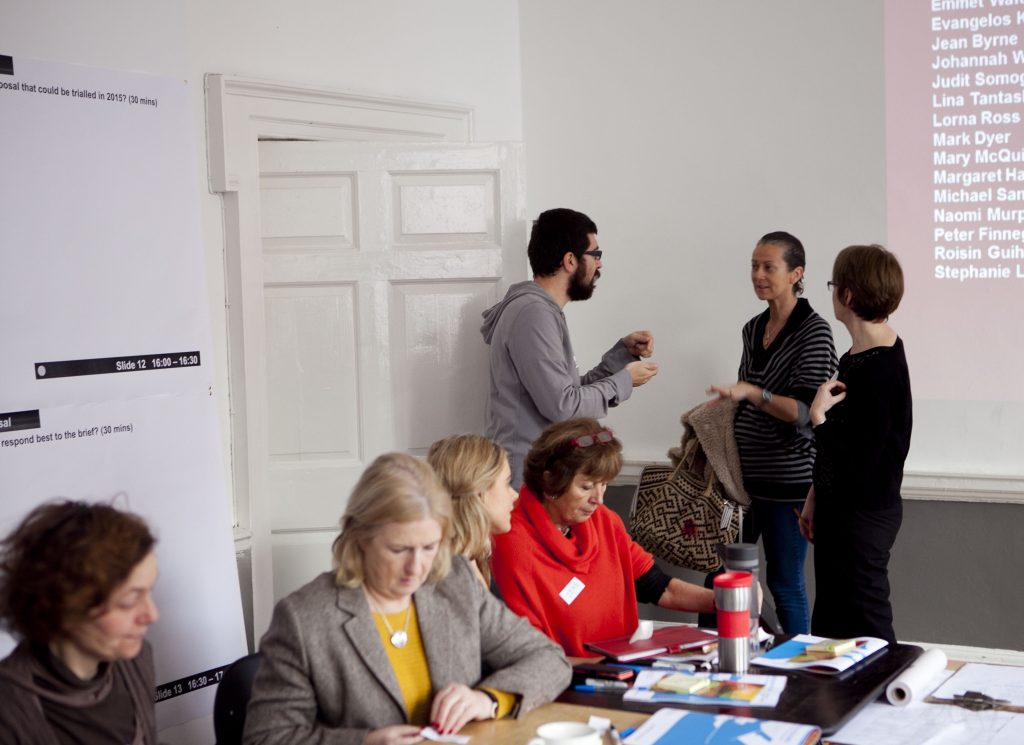 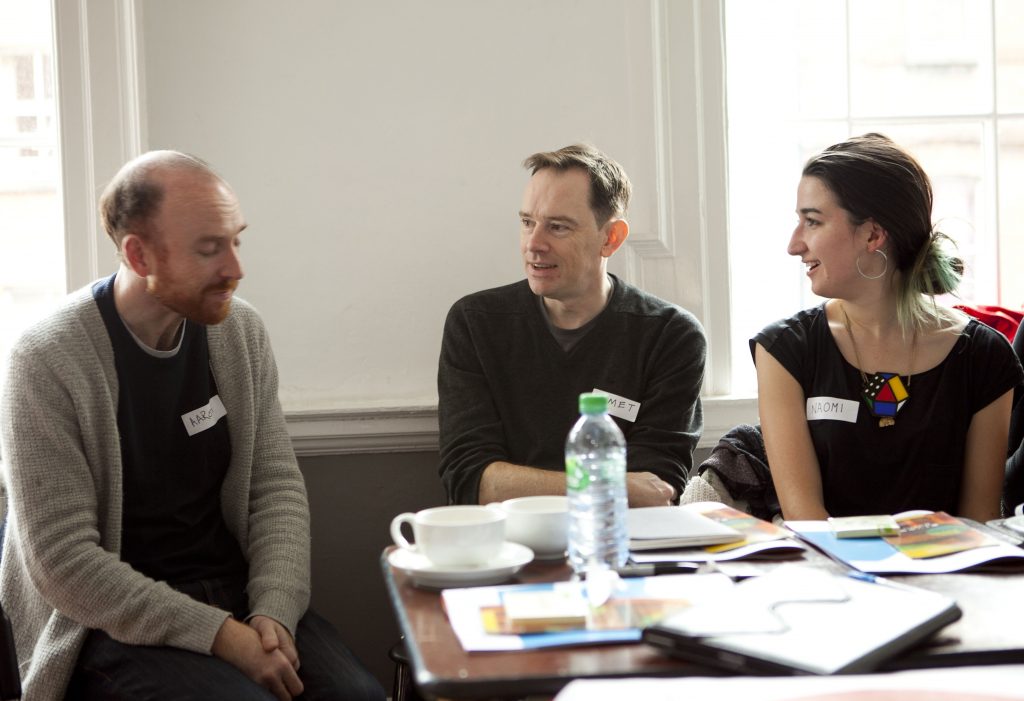 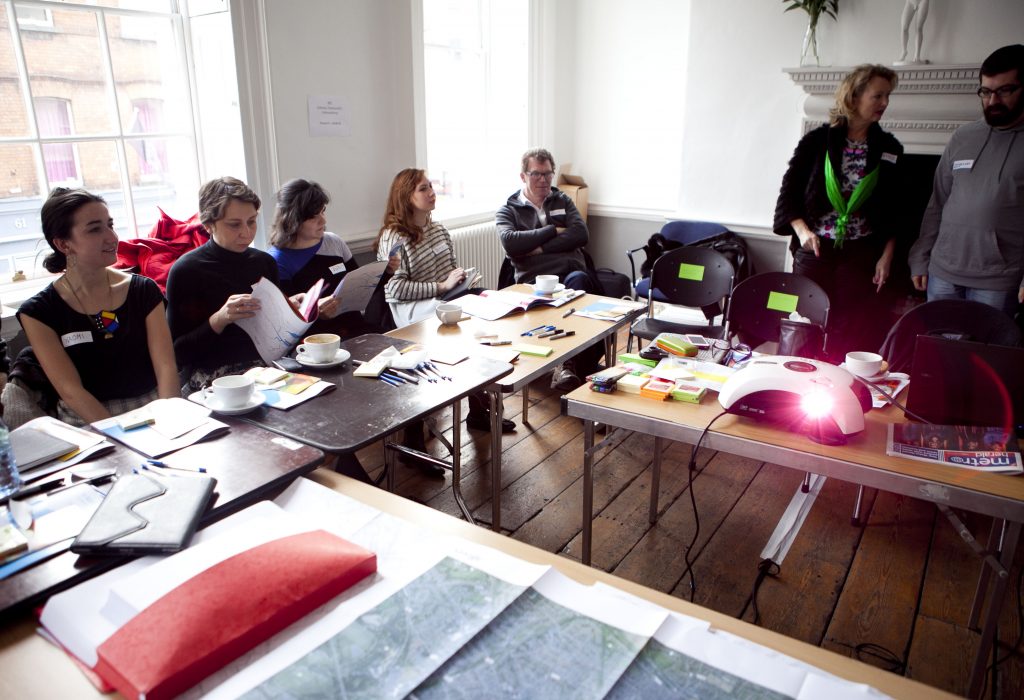 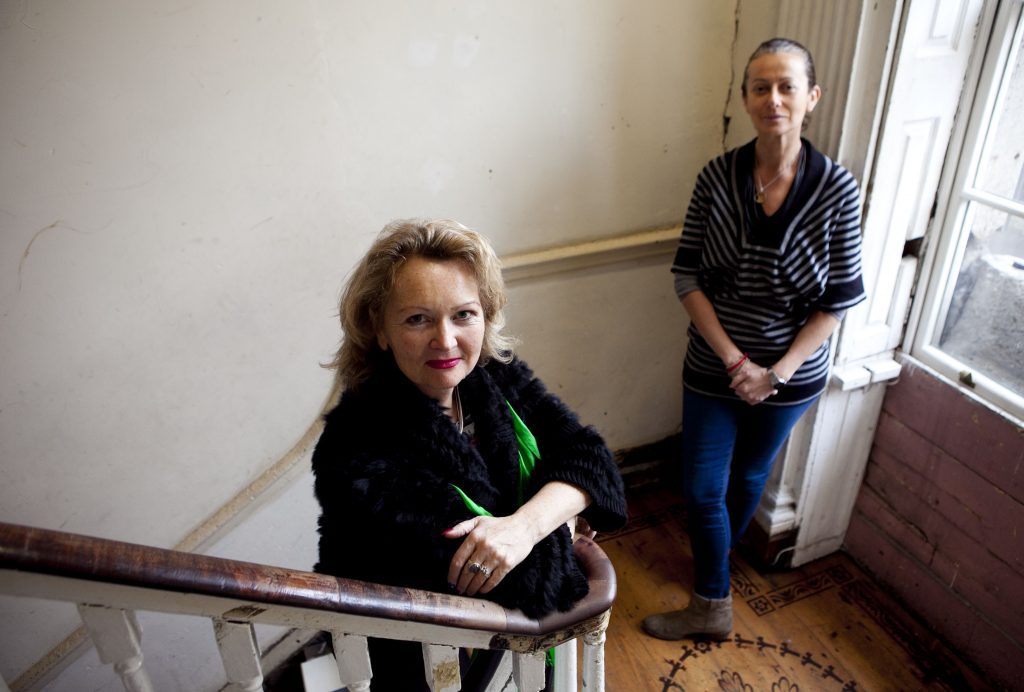 The wedged shaped area in the north inner city of Dublin roughly stretching from Smithfield in the west, North King Street and Dorset Street to the north, and the Royal Canal to the east is one of the most ethnically diverse multicultural parts of the city. It is also one of the most deprived parts of the city inhabited by an indigenous Irish population often with poor educational attainment, high dependency and a low socio-economic profile. At the same time it has become an area that has attracted new migrants from across the globe. These migrants are mainly highly skilled, entrepreneurial, and employed.

The area will also see significant development of key physical assets and spaces in the future. The proposed new Cultural Quarter at Parnell Square, and the refurbishment of the Fruit and Vegetable Market within the Markets Framework Plan will provide catalysts for the social, cultural and economic regeneration of these areas. However, much of the inner city generally is characterised by underused, vacant or derelict buildings, and urban spaces such as Wolfe Tone Park, Smithfield and Mountjoy Square are perhaps not used to their full advantage.

How can the social and cultural diversity of this part of the city become the driver of economic prosperity, human development and social inclusion for all who live in the area? What could be done to develop this area as a living expression of the new Ireland, that could attract investment, business and intercultural events and festivals? Dublin’s North Inner City could be a real example of Intercultural harmony, social cohesion , and Ireland’s bridge to the world. What actions/initiatives could be undertaken in 2015 to make this a reality?

Devise a 2015 pilot project that demonstrates how the social and cultural diversity of the north inner city can be harnessed to drive the economic and social development of the area.

The Sheltering City
Making a home for everyone
Hidden Rooms

The Universal City
Accessible and humane for all
Hidden Rooms